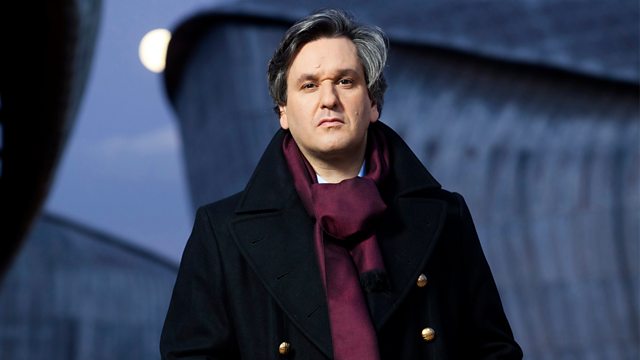 Fiona Talkington presents a concert given by the Chamber Orchestra of Europe and conductor Antonio Pappano in Friedrichshafen last June.

The concert begins with Wagner's love-song for his second wife, Cosima - Siegfried Idyll. Wagner composed the piece as a birthday present for her after the birth of their son Siegfried in 1869. It was first performed on Christmas morning the next year by a small ensemble of musicians on the stairs of their Swiss villa. It's said that Cosima awoke to its opening melody. Awwwww....

The orchestra is then joined by Dutch violinist Janine Jansen for a performance of Karol Szymanowski's Violin Concerto No.1 - considered one of the very first modern violin concertos. It rejects traditional tonality and romantic aesthetics. Composed in 1916, the likely inspiration for the piece was "Noc Majowa", a poem by the Polish poet Tadeusz Miciński. Although the concerto doesn't follow or duplicate the poem, Szymanowski's ecstatic, sumptuous music is an ideal companion to Miciński's language:

"All the birds pay tribute to me
for today I wed a goddess.
And now we stand by the lake in crimson blossom
in flowing tears of joy, with rapture and fear,
burning in amorous conflagration."

In the second half of the concert, the orchestra plays Dvorak's second set of Slavonic Dances, Op.72. These lively pieces, are full of national character and really helped put Dvorak's name on the musical map. Contrary to what the title, the dances are not so much inspired by Slavic folk music as such, but rather by styles and forms from Bohemia.

To end the programme, we'll hear Swedish trombone virtuoso Christian Lindberg in a recording of Gordon Jacob's Trombone Concerto, with the BBC National Orchestra of Wales, conducted by Grant Llewellyn.

See all recipes from Chamber Orchestra of Europe