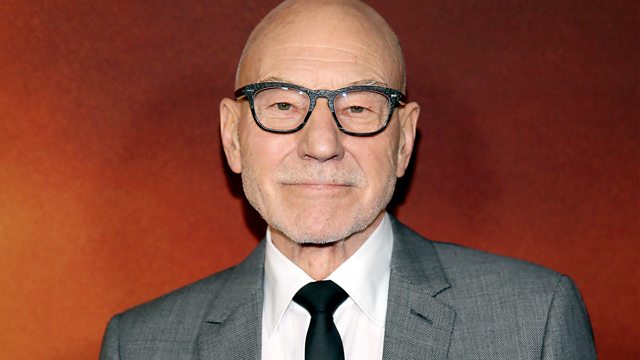 Patrick Stewart on his daily performances of Shakespeare's Sonnets during the lockdown. A review of Devs. Plus Shahnaz Ahsan on her new novel.

Sir Patrick Stewart has been releasing daily readings of Shakespeare's Sonnets on Twitter, recorded in different parts of his Californian home. He tells Kirsty why he's doing "A Sonnet a Day" during the lockdown and what he's discovered about Shakespeare in the process.

Mik Scarlet reviews Devs, BBC 2’s new thriller miniseries created by Alex Garland (The Beach, 28 Days Later). Devs is about a computer engineer, played by Sonoya Mizuno, investigating the tech company she blames for the disappearance of her boyfriend.

Shahnaz Ahsan on her debut novel, Hashim and Family: a story inspired by her grandparents' generation - about Bangladeshi migration to Britain, belonging, identity, race and family history.

Image to the left: Sir Patrick Stewart reading one of Shakespeare's sonnets on his Twitter feed.