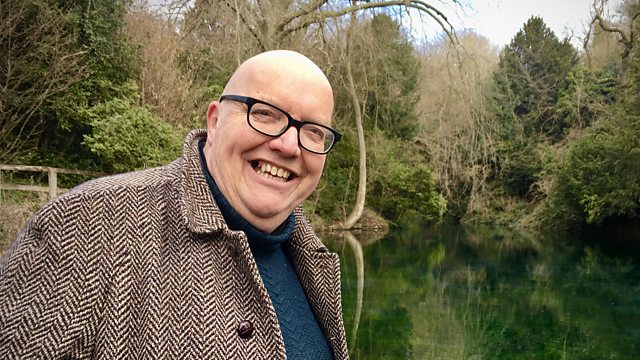 The Music of the Surrey Hills

Ian Marchant meets musicians inspired by the landscape of the Surrey Hills, including concert pianist Wu Qian, who found it terrifying when she first arrived from China aged 12.

Ian Marchant meets musicians inspired by the landscape of the Surrey Hills, including concert pianist Wu Qian, who found it terrifying when she first arrived from China aged 12. She soon learned to love the place and co-founded an international music festival which incorporates into its programme inspiring country walks in this Area of Outstanding Natural Beauty.

Ian meets Julia and Henry Pearson, who help to run the festival and live in the picturesque village of Shere, with its thatched cottages and 'terminally cute' setting. They are music lovers and keen walkers, so the festival is a perfect fit. Since the programme was recorded in early March, the festival has been cancelled, but imagining the concerts in the 'cathedral in the woods' at Ranmore Church, is still a piece of 'enchantment'.

Ian was born in this area and remembers being told that the view from Newland's Corner was the best in England. It was, in fact, what England should look like, according to his father. Ian now knows this isn't quite true, but it is how people all over the world picture the English countryside: rolling hills, woods, clear, babbling streams and a vista that extends to the English channel.

Ian meets sound artist Graham Downall who has created music/soundscapes to reflect the locations of five sculptures which have been placed in the landscape, and he discovers that the tipple of choice at this festival isn't to be found in the Worker's Beer Tent, but in the sparkling white wine which is produced from the chalky slopes of Denbies Vineyard near Dorking.

Birmingham Tree City of the World