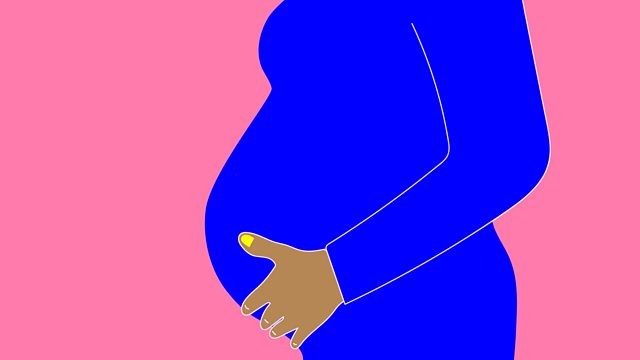 What can you expect if you are expecting in the next month? The history of the first women-run hospital, and why Rihanna's new Vogue cover is so culturally important.

The Coronavirus pandemic has seen a high level of anxiety among pregnant women and their families. So, what can pregnant women expect when the time to give birth does come? Jo Mountfield is Vice President of the Royal College of Obstetricians and Gynaecologists and a consultant obstetrician at University Hospital Southampton. She explains what maternity services might look like and why mums-to-be should still seek help if they’re concerned. We also hear from a new mother who gave birth on 30th March.

Running a household in the coronavirus lockdown can feel a bit like we’re back in the 1950’s. Calling over the fence to borrow a cup of sugar has once more become a reality as some foods are now in short supply, and there’s ‘rationing’ of items in supermarkets, although some of those restrictions are now lifting. But every last breadcrumb counts if you don’t want to or indeed can’t leave the house. Dietician, Priya Tew and baking legend, Mary Berry share their tips on how to maintain a healthy diet and make the most of what you’ve got.

When the first world war broke out the suffragettes suspended their campaign for Votes for Women to join the war effort. Pioneering couple, Louisa Garrett Anderson and Flora Murray moved to France and set up two small military hospitals with a staff of volunteer women surgeons, medics and nurses, amidst fierce opposition. Their medical and organisational skills so impressed they were asked by the War Ministry to return to London and establish a new military hospital in the heart of London’s West End. Wendy Moore’s book 'Endell Street' is about the lives of the pioneering couple and the hundreds of remarkable women who worked with them.

Grace Davidson is a British soprano who specialises in the performance and recording of Baroque music. Grace is one of the soloists on a new album for Holy Week.

A durag is a type of scarf, typically used to protect and maintain different styles of black hair, like dreadlocks or braids. It can be also worn as a fashion statement, and has been a staple part of black culture. But durags have also had their fair share of controversy, with some people making affiliations to gang culture. Last week, Rihanna made history – and a statement – by wearing a durag for her photoshoot on the front cover of British Vogue. Is this a turning point for how the durag is perceived in both popular culture and high fashion? Kenya Hunt is a Fashion Director at Grazia UK. Funmi Fetto is a Contributing Editor at British Vogue and the Beauty Director at the Observer Magazine.

Co-parenting can be difficult at the best of times. But the outbreak of COVID 19 and the latest government advice to stay indoors, has forced some separated families to make some difficult choices. If you and your ex-partner share the caring responsibilities of your children, what’s the best way to manage? Ex-partners, Natalie Duvall and Daniel Dubier, and single mother, Endy Mckay, join Jenni to share their experience of the last couple of weeks.

Julia Samuel has worked for the last thirty years as a psychotherapist, first for the NHS and then in private practice. Her second book, 'This Too Shall Pass: Stories of Change, Crisis and Hopeful Beginnings' has just been published. She talks to Jenni about how people are coping and how to manage in this time of tremendous change.

Sian Clifford, Caring for a person with dementia during lockdown