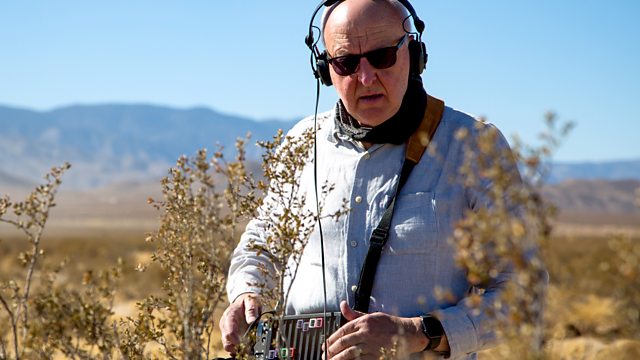 Wildlife sound recordist and sound artist Chris Watson talks to Michael Berkeley about how his favourite music is inspired by the natural world.

Wildlife sound recordist and sound artist Chris Watson talks to Michael Berkeley about how his favourite music is inspired by the natural world.
Chris is most famous for his sound recordings for David Attenborough’s television series – for which he’s won BAFTAs – but he’s a musician too. A member of the influential post-punk band Cabaret Voltaire in the late 70s and early 80s, today he’s a sound artist and composer, creating installations around the world.

His 2003 release Weather Report, featuring soundscapes of a Kenyan savannah, a Highland glen, and an Icelandic glacier, was voted one of the 100 best albums to hear before you die by The Guardian, and has been described as ‘cinema for the ears’.

Chris’s mission in life is to make us stop what we’re doing and listen to the sounds of the natural world and this is reflected in his choices of music. We hear his own recording of a Sami calling to his ancestors across a Norwegian lake, and northern landscapes echoed in Sibelius’s symphonic poem Tapiola. And Chris chooses the music of multi-award-winning Icelandic film composer Hildur Guðnadottir, who worked with him to record the soundscape for the television series Chernobyl.

Chris tells Michael about the challenges of recording in cold and hostile environments for his many series with David Attenborough, and the pleasures of the year he spent recording the sounds around Aldeburgh for Benjamin Britten’s centenary, in 2013. We hear the magical combination of a recording he made of a nightingale in Britten’s garden paired with the Ciaconna from Britten’s Second Cello Suite.