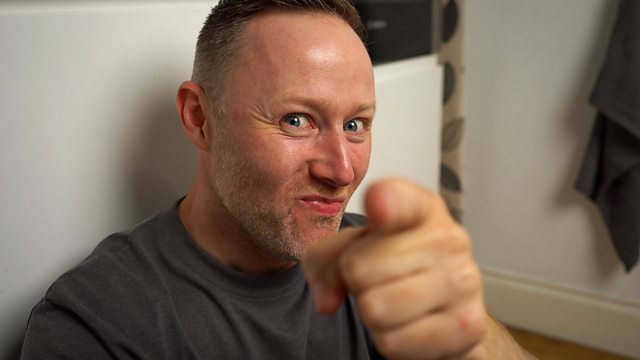 Sketches, ramblings and techno by Scottish comedian Limmy. In this episode, he worries about getting a real job, spots something terrifying in his mirror and gives terrible advice to DJs.

Before Limmy made it onto BBC Scotland with Limmy’s Show, he became known through his own rough-and-ready funny homemade videos.

When Limmy’s Show stopped, Limmy took to Vine and YouTube, racking up millions of views for videos made on nothing more than his phone. Limmy’s Homemade Show takes the DIY style of his homemade videos – the cast of one, the staying at home and losing his marbles, the going out and about and speaking his mind – and puts it on TV.

In this episode, Limmy is thankful to be on TV and worries about what it would be like if he ever had to go back to having a real job. He spots something terrifying in his mirror that he accidentally recorded on his camera, something he claims actually happened and isn’t at all special effects. And he gives advice to all budding DJs about how to work a crowd, advice that might result in being hit by a flying bottle.