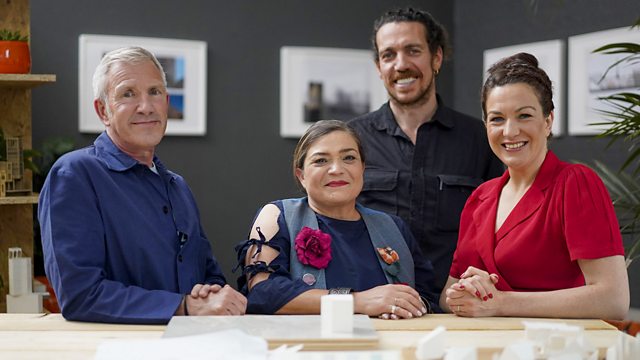 Your Home Made Perfect Series 2
Episode 1 of 6

Two rival architects use virtual reality to pitch for the commission to rebuild a Brighton home. But will the winning design result satisfy the competing desires of its owners?

Angela Scanlon presents the only home makeover series that allows people to try before they buy. Rival architects Laura Jane Clark and Robert Jamison use photo-real, virtual-reality technology and visual effects to pitch their bold ideas to families who have fallen out of love with their homes. With sleep pods, garden temples, secret doors and indoor climbing walls in their back catalogue, what will Laura and Robert come up with next? In each episode, the homeowners must choose just one of the architect’s groundbreaking visions to build in real life.

Silvia and Julian bought their bungalow near Brighton four years ago after falling in love with the garden. They were less enamoured of the poky property – but promised themselves they would transform it into their dream home in no time. Fast-forward four years and that dream has become a nightmare. Although they have managed to convert the loft, creating two new bedrooms, that has come at the cost of a new staircase, which has gobbled up valuable living space. The rest of the ground floor remains a jumble of disconnected, cramped rooms, with the tiny kitchen a particular source of frustration for keen cook Silvia.

A planning restriction severely constraining their options to extend is just one of the reasons they haven’t managed to solve the poor layout - the couple’s wildly differing approaches to design are not helping either. Silvia describes her style as far-out and believes ‘you’ve got to dream big’, while Julian is determinedly practical.

Competing to solve this seemingly impossible puzzle are architects Robert Jamison and Laura Jane Clark. With his unconventional blue-sky approach, Robert might seem more likely to win over Silvia, while Laura’s trademark blend of beauty and practicality, tailored to the owners’ needs, could be right up Julian’s street. But both are dead set on earning the trust of both partners.

Using virtual reality, both architects pitch their radically different interpretations of the brief. Robert takes the planning rule that has been thwarting Silvia and Julian’s dreams and puts it at the heart of a radical design with a surprising secret quirk. Meanwhile, Laura is guided by the light to create a vast new cooking and entertaining space which brings the couple’s beloved garden right into the house. Both designs give Silvia and Julian a vision of a home they could finally start living in, but they can only choose one to build for real.

Having tried both designs on for size, it is time for the moment of truth when Silvia and Julian reveal which they have picked. Angela and the victorious architect arrive to see the results and are met with a breathtaking transformation. Silvia and Julian’s exceptional and stunning interpretation stays true to the spirit of the original design but also bears the unmistakeable personal stamp of the couple themselves. At last, the couple have a home that allows their character and individuality to shine through. 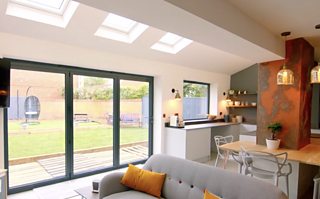