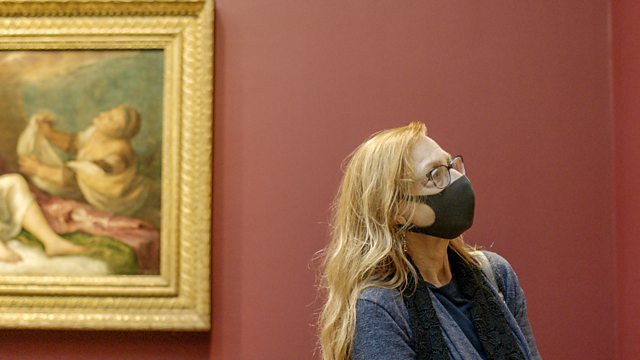 A unique look at Titian's greatest masterpieces, which are currently under quarantine in the National Gallery.

In the winter of 1550, the most famous painter in Europe came face to face with a prince who was soon to become the most powerful man on earth. What emerged from this encounter between Prince Philip of Spain and the Renaissance master Titian is seen as one of the most extraordinary commissions in all of art history. Given almost total creative freedom and limitless time, Titian returned a series of six extraordinary masterpieces and reinvented painting in the process.

Taken from scenes in Ovid’s Metamorphoses, each painting is more daring than the last, revelling in all facets of human desire, sex and the consequences of love. Dispersed over the centuries, these six paintings have not been seen together for over 450 years, and it has long been a dream of art lovers to reunite them just as Titian had intended.

But no sooner has the National Gallery in London pulled off this seemingly impossible exhibition than Titian’s master works are once again denied the public gaze. Amid the pandemic that is sweeping the globe, gallery director Gabriele Finaldi has taken the unprecedented step of closing gallery doors, uncertain as to when or if the pictures can ever be seen together again.

BBC cameras access the exhibition for one time only in order bring this groundbreaking exhibition to screens across Britain and beyond.

Not only are these paintings lovingly filmed and presented, but they are brought to life with expert testimony unravelling how these masterpieces came into being, what they meant in their own time and how we can still take meaning from them today.

Gabriele Finaldi has also granted his first broadcast interview, in which he describes the enormity of bringing these paintings together and the agonising decision he had to make in locking them up behind closed doors.