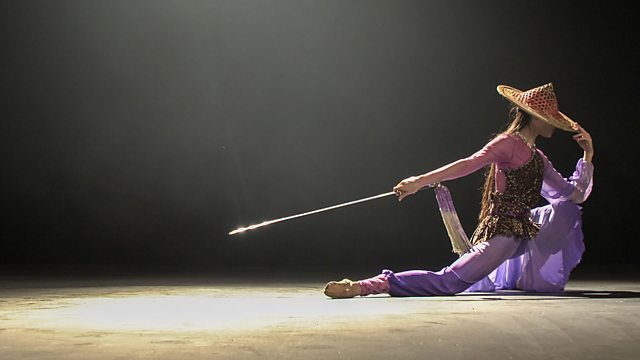 Sir Ian McKellen reads the poetry, Michael Wood traces the journey on the ground. Together, they conjure up the extraordinary life, times and words of Du Fu, China’s greatest poet.

Sir Ian McKellen reads the poetry, Michael Wood traces the journey on the ground. Together they conjure up the extraordinary life, times and words of China’s greatest poet, Du Fu.

From the Yellow River to the Yangtze Gorges, and down to the forested hills of Hunan, Michael Wood travels in the footsteps of China’s most-loved poet. Born in 712, the age of Beowulf in Britain, Du Fu lived through the violent fall of China’s brilliant Tang dynasty. As rebel armies sacked the capital, and floods and famine wrecked the country, he was forced to flee, taking his family on the roads as refugees.

But out of these events he produced what Harvard’s Stephen Owen calls ‘the greatest poems in the Chinese language’, words that ever since have been seen as an expression of what it means to be Chinese. ‘There is Dante, there’s Shakespeare, and there’s Du Fu,’ says Owen. ‘These poets create the very standard by which great poetry is judged.' But though in the east Du Fu is an immortal, in the west, even today, few have even heard of him.

In this film, the first to ever be made about Du Fu in the west, Michael follows his tracks by road, train and riverboat. Along the way, he meets ordinary people, dancers and musicians, who help to tell the amazing story of a poet whose words have resonated through the centuries, describing the experiences of ordinary people caught up in war, corruption, famine and natural disasters. ‘I am one of the privileged. If my life is so bitter, then how much worse is the life of the common people?'

In China, poets have always been seen as the trusted chroniclers of the people’s hearts and the nation’s history. And for the Chinese, Du Fu is 'more than a poet,' says Wood. 'For generations he has been the guardian of the moral conscience of the nation.'