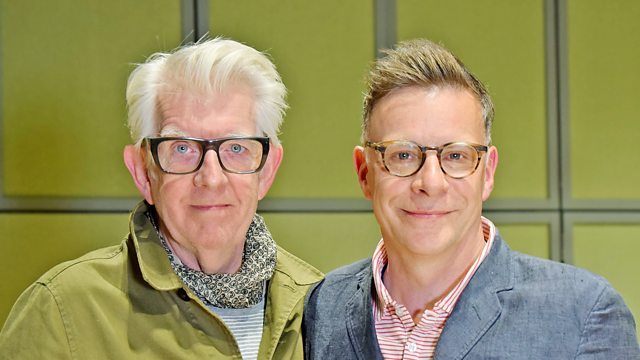 An extended conversation with singer, songwriter and record producer Nick Lowe, who shares the stories behind his hit singles ‘So It Goes’, ‘Cruel To Be Kind’ and ‘I Love The Sound Of Breaking Glass’. And how the themes of love, loss and mortality have shaped his more recent albums. He's a founding member of Stiff Records where he produced many great records including the early Elvis Costello albums and the first ever punk single - ‘New Rose’ by The Damned.

Nick was a key player in the British Pub Rock, New Wave and Power Pop movements with his bands Brinsley Schwarz and Rockpile. Although never released as a single, his song ‘(What’s So Funny ‘Bout) Peace, Love And Understanding’ was included on the biggest selling soundtrack album of all time – The Bodyguard. Nick Lowe became part of Johnny Cash and June Carter’s family when he married country singer-songwriter Carlene Carter in 1979. He shares the stories of how Johnny introduced him to different country music and ended up recording two songs that were written by Nick.