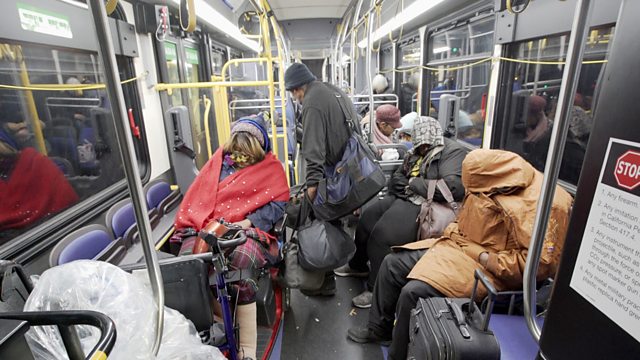 ‘Motel 22’ is an unusual shelter for California’s homeless people. It’s the bus which provides overnight respite for those who have fallen on hard times.

California is one of the wealthiest states in America yet it has the largest population of homeless people – more than 151,000 - in the US. In the Silicon Valley many find shelter on the bus route 22 which runs an endless loop from Palo Alto to the Valley’s biggest city, San Jose. Along the way it passes some of the world’s biggest tech giants: Google, Apple, Hewlett-Packart and Facebook. It is the Valley’s only all night bus and many of its night-time passengers ride it to keep warm and sleep. But now the state is in the grips of the coronavirus pandemic the overnight service has been suspended. Earlier this year, Sarah Svoboda took a ride on the bus, known to many as Motel 22, to hear the stories of its travellers.

The Man Who Died for Trees

Chile: An Education for All