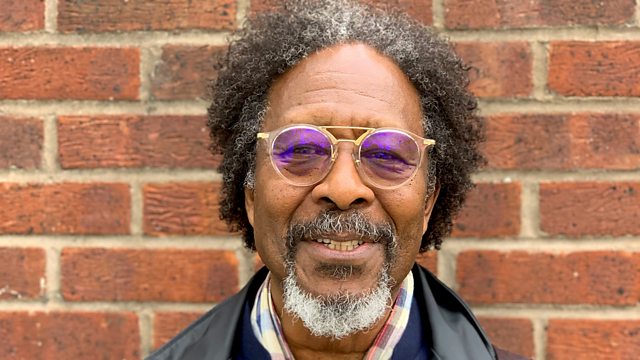 Black Music in Europe: A Hidden History Series 3
Episode 1 of 3

Clarke Peters embarks on a third series uncovering a surprising history of Black music in Europe, from the aftermath of the Second World War through to the late 1970s.

Drawing on rare recordings, Clarke Peters embarks on a third series revealing the unexplored history of Black music across Europe, from the aftermath of the Second World War through to the late 1970s.

This was an era that saw countries such as Algeria, Jamaica, Cape Verde and Trinidad shake off European colonialism. These nations expressed their new found sense of freedom through songs, many recorded in European studios.

From the immediate aftermath of the Second World War, through the decolonisation years and beyond, this series hears from modern Black musicians, commentators and historians, to get to the heart of Black music in Europe.

Clarke explores the variety of Black music produced in Europe in the late 1950s and early 1960s - Congolese rumba recorded in Brussels, Algerian chaabi in Paris and the emergence of the Notting Hill Carnival in London. We also hear how North African music inspired a revolution in folk guitar.