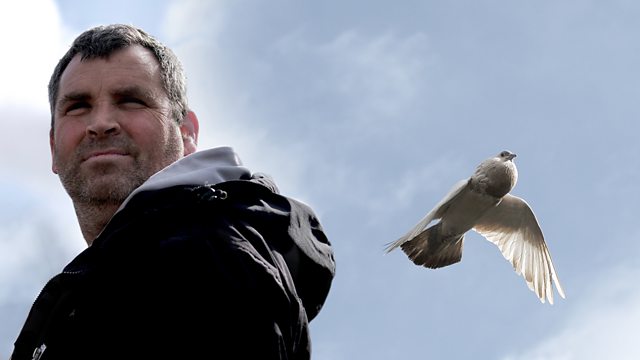 Documentary offering a glimpse into the cloak-and-dagger world of pigeon-flying across central Scotland.

Standing proudly on top of the hill behind Greenock is a metal doocot. If it’s not too wet or windy, one of the doos living inside will be released, soaring into the sky with only seduction on its mind. Standing poised below, gripping a wire-pull while manically talking to his doo or hen, is the dooman. His sole objective is to pull as hard as he can, catching any love interest that happens to land on the doocot while trying not lose any of his own precious pigeons.

This is a funny and poignant observational documentary offering a glimpse into the commitment and rivalry of the cloak-and-dagger world of pigeon-flying across central Scotland. Following the trials and tribulations of the dooman and his biggest foe over the course of a season, this is a film about captures, losses and life.