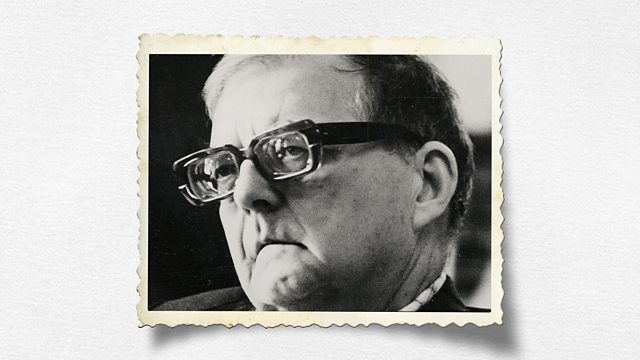 Semyon Bychkov conducts the BBC Symphony Orchestra in Shostakovich's searing Symphony No 11. Plus his Piano Concerto No 2 with Alexei Volodin.

Another chance to hear a concert in which Semyon Bychkov conducted the BBC Symphony Orchestra in Shostakovich's searing Symphony No.11. Plus the Piano Concerto No.2 with Alexei Volodin.

Conductor Semyon Bychkov presents three Shostakovich works all completed in the unsettling year of 1957. The Piano Concerto No.2, a gift to the composer's pianist son, Maxim, is tonight in the hands of Alexei Volodin, one of the standout Russian pianists of our time. It begins playfully before a tender, romantic, cinematic, slow movement. After the concerto come the variations for piano solo Shostakovich wrote in 1957 to mark the centenary of the death of the Russian composer Glinka.

In the Eleventh Symphony, subtitled 'The Year 1905', Shostakovich turns to the uprising in St Petersburg, witnessed by his own father, in which protesters were brutally gunned down outside the Winter Palace by Tsarists forces. It's a sombre, intensely dramatic work - "a symphony written in blood" - in which songs of the failed Revolution are remembered. Political unrest of a different stripe affected Shostakovich in 1956-7 at the time he wrote the symphony, with the Hungarian Uprising abruptly halted by Russian Communist forces. Russian poet Anna Akhmatovar was moved to write of the piece: 'Those songs were like white birds flying against a terrible black sky.’

Brahms, Prokofiev and Glass from Japan, USA and South Korea