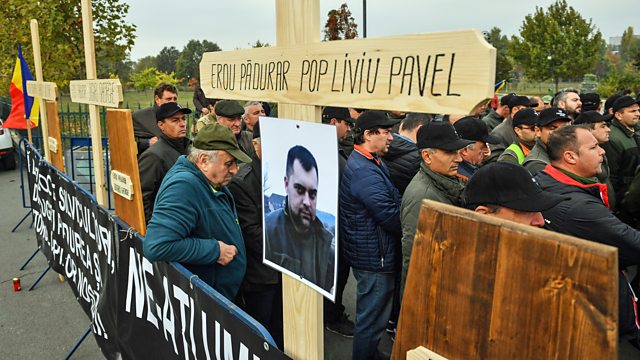 The Man Who Died for Trees

Romania has Europe's largest tracts of virgin forest - but protecting its trees is a dangerous job. Now a young ranger is dead after a row in the woods. Who shot him -and why?

Romania's forests are the Amazon of Europe - with large wilderness areas under constant pressure from loggers. For years, corrupt authorities turned a blind eye to illegal felling. But now a series of killings in the woods has intensified demands across the continent to end the destruction. Six rangers - who defend forests from illegal cutting – have been killed in as many years. Two died in the space of just a few weeks late last year. The latest victim, Liviu Pop, father of three young girls, was shot as he confronted men he thought were stealing timber. But the men weren’t arrested. They say the ranger shot himself. And in the remote region of Maramures, where many people are involved in logging, that version is widely believed. Locals are afraid to talk about what happened. Is the lucrative logging business protected by powerful interests who turn a blind eye to murder? And are rangers sometimes complicit in the rape of the forest? For Crossing Continents, Tim Whewell tries to find out exactly how a young man employed to protect nature met his death. And he asks how Romania can save its wilderness when more than half the trees cut down are felled illegally?

Indonesia: Not cool to date