Schedule
BBC Radio 4
Halal If You Hear Me
Main content 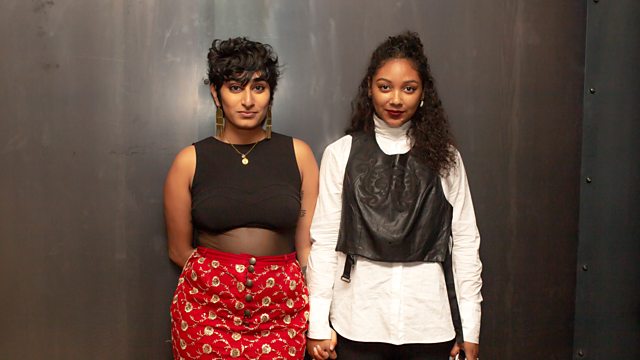 Halal If You Hear Me

Poets Fatimah Asghar and Safia Elhillo explore how they’ve created a community through their collection Halal If You Hear Me - an anthology published in celebration of Muslim women, queer, trans, and gender non-conforming voices.

Fatimah Asghar had often reflected on how best to honour all her identities - queer, Kashmiri-Pakistani, American, Muslim. Safia Elhillo, a Sudanese-American Muslim, felt the same way. They met at a poetry event and became firm friends. Together, they explore how to inhabit the spaces in between their identities.

They discuss the hybrid languages their families speak - Arabic and English for Safia and Urdu-Shreiki-English for Fatimah - which they revere on the page. Fatimah adapted the South Asian poetic form the ghazal to explore notions of home, while Safia became gripped by the Egyptian singer Abdelhalim Hafez,, who assuaged her insecurities about languages and race.

They wanted to provide a platform for other Muslims grappling with intersectional identities, and so published Halal If You Hear Me. They celebrate and protect these identities, while dispelling the notion that there is only one way to be Muslim.