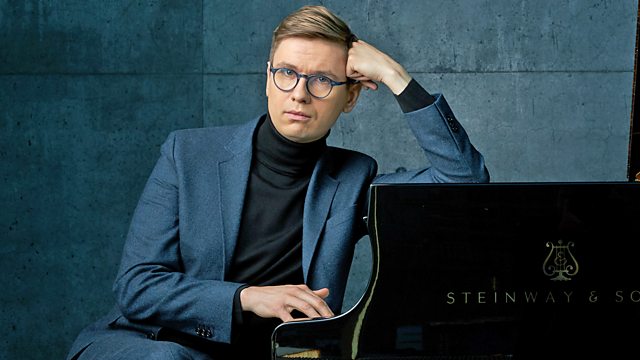 Actor Jo Hartley - best known for her roles in Shane Meadows' This is England series - discusses her new TV drama, In My Skin, which is coming to BBC Three. It's the story of a Welsh teenager - Bethan - who is dealing with mental illness, friendships and her sexuality. Her mother Trina - played by Hartley - has bipolar disorder and is sectioned in a psychiatric ward but Bethan is doing all she can to hide her mother's condition from her friends and the school authorities. The part is based on the personal experiences of Welsh writer Kayleigh Llewellyn.

Musician Mik Scarlet gives his Disabled Person’s Guide to Surviving (and Thriving) in Lockdown. He passes on his top tips and argues that, although on screen disabled people are often portrayed as weak and needing help, there is a lot the able-bodied can learn from this community who are more familiar with enforced time spent at home.

The death of Polish composer Krzysztof Penderecki has been announced. Music critic and Radio 3 presenter Tom Service considers what it was about his music, which sounded uncompromisingly modern, that also appealed to people who felt they wouldn't normally enjoy modern classical music.

In My Skin is on BBC 3 and iPlayer, and is also broadcast on BBC1 starting this Wednesday 1 April at 10.45pm

Mik Scarlet is a broadcaster, musician and inclusion consultant.