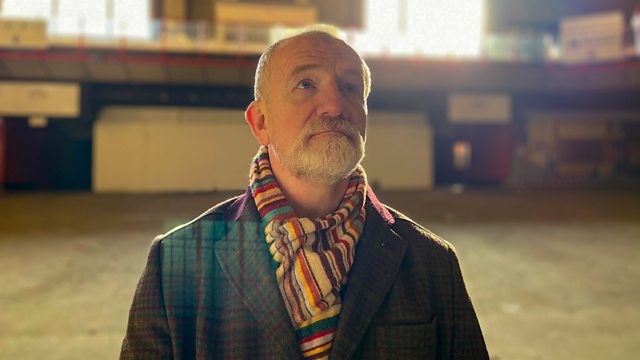 The King's Hall of Fame

As the builders move in to redevelop the King’s Hall site in Belfast, this end-of-an-era archive documentary looks back at the place that has been at the heart of life here since 1934.

Comedian Jake O’Kane takes us on a nostalgic trip back through the archives as he tells the story of Belfast’s King’s Hall. From the annual agricultural show, pop concerts and Ideal Home exhibitions to protest marches, election counts and boxing, the King’s Hall has been at the heart of life here since 1934.

Developers have moved onto the site with plans for a brand new £100 million project. Everything will change, but the memories of public figures from MP Ian Paisley to former world champion boxer Barry McGuigan, Sinn Fein’s Gerry Adams and journalist Ivan Little come alive in this hour-long documentary.