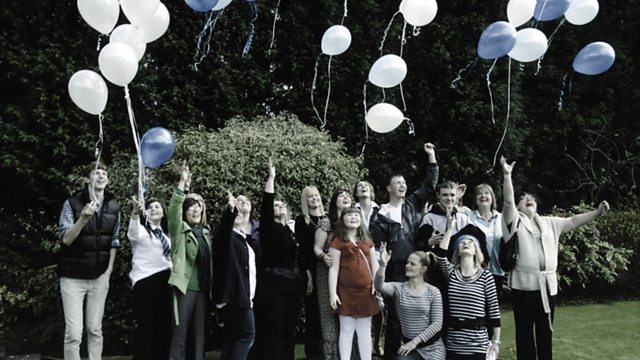 The unknown story of the worst child-poisoning case since thalidomide, featuring a landmark legal battle by a group of mothers determined to uncover the truth.

The untold story of Britain’s worst fetal poisoning scandal since thalidomide, when a group of ordinary mothers took on the establishment and won. Set in a post-industrial Northamptonshire town, the Corby Litigation Case was a landmark case with worldwide legal and medical ramifications - the first time ever that a court has recognised a link between airborne toxins and foetal development damage.

At the heart of the story is a group of young mothers with children with hand and feet deformities fighting hard for answers, a ruthless local council and a tenacious human rights lawyer who took on a near-impossible ten-year battle.

In the 1990s, a Sunday Times journalist discovered two mothers who had recently each given birth to children with identical birth defects. A steelworks had been at the heart of Corby for decades, but in 1980 it shut down, plunging the town into dire unemployment. A few years later, with a hefty European grant, Corby Borough Council embarked the biggest land reclamation project in Europe, redeveloping the land where the steelworks had stood. Suspecting a link to toxic waste - buried underneath the ground whilst the steelworks was in operation - the journalist discovered more children, all with the same deformities. The Sunday Times published an article pointing the finger at the council, and the story blew up in Corby. As the story spread, more families came forward. The mothers formed a group and sought legal advice, determined to find answers.

A Watford solicitor, Des Collins, discovered the story and approached the mothers. He won their trust and took on the case. Under pressure from these accusations, the council produced a study which indicated there was no evidence of a cluster of deformities. But Des was unconvinced by their results. He consulted one of the UK’s leading paediatric epidemiologists, Professor Louise Parker, who analysed the data and determined that the council’s report was wrong. Professor Parker carried out her own study, which revealed that the rate of birth defects in Corby was far higher than elsewhere.

While battling the case, each of the families also battled the stigmas and misunderstandings that came with the children’s conditions. The mothers travelled up and down to a specialist hospital in Leeds, where a surgeon carried out several complicated surgeries on the children, grafting toes onto their hands so that they would have a grip to use.

Convinced he had a strong argument, Des and his expert team began to build a case against the council, attempting to convince a judge of a hypothesis that had never before been proven in a court of law. The whole case rested on expert scientific evidence - could scientists prove that toxic particles from the reclamation project had been ingested by the mothers and poisoned their unborn children? It would be one of the most difficult cases of Des’s career. Meanwhile, the children at the heart of the case navigated life with these birth defects, some being badly bullied in school.

The next hurdle was to prove that airborne toxins had the potential to be transported miles through the air and be inhaled by the mothers during pregnancy. Des enlisted expert engineer Professor Tony Cox, who carried out exhaustive research and discovered that these particles could travel miles, meaning that the mothers could certainly have ingested them. The council’s report produced conflicting evidence - that the toxic dust could only travel a few hundred meters. Tony was confused - the council report had been carried out by some of the best engineers in the industry. Perhaps he had made a grave mistake? But at the last minute, Tony discovered a study which confirmed he was right.

The final task was to prove that, once ingested, one or more of these toxins could cause the limb malformations that the children had. Dr David Penman, an expert in fetal medicine, determined that the most likely culprit was the heavy metal cadmium, a by-product of steel-making. But nobody had ever studied the effects of cadmium on pregnant women. Dr Penman did know that cigarettes and certain fertilisers contain cadmium, so he delved into studies on smokers and agricultural workers, and the results brought up the exact limb malformations that were present in many of the mothers. It was a breakthrough.

Ten years after the mothers’ battle began, the case went to court. Eminent barrister David Wilby QC was instructed on behalf of the mothers. The whole case rested on the science put forward by the expert witnesses. In July 2009, the judge ruled that the council had ignored all of their professional advice and acted illegally in the way that it moved and disposed of the toxic waste from the British Steel site. Not only that, but he agreed that the mothers had proven for the first time in history that there is a link between toxic substances released into the air and children born with birth defects.