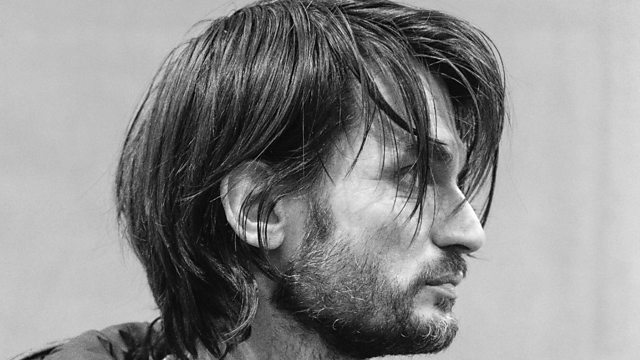 Jonny Greenwood is a musical polymath. The lead guitarist in Radiohead, he is also renowned as a composer in his own right; writing award-winning film scores, working as composer in residence for the BBC Concert Orchestra and collaborating with his hero Krzysztof Penderecki. Last year he launched his own classical music label, Octatonic and curated a BBC Prom. His Late Junction Mixtape is a 30-minute deep dive into his record collection, featuring Arabic classical music, dub from Dennis Bovell, a piece for violin by Edmund Finnis and sonic meditations by Pauline Oliveros.

Elsewhere Verity Sharp mops up the stray syllables of Raoul Hausmann’s poèmes phonétiques, we hear ultrasonic recordings of a rare bat subspecies reworked into music and a piece of sonic brutalism by collagists JESSOP&CO, a duo from Kolkata.