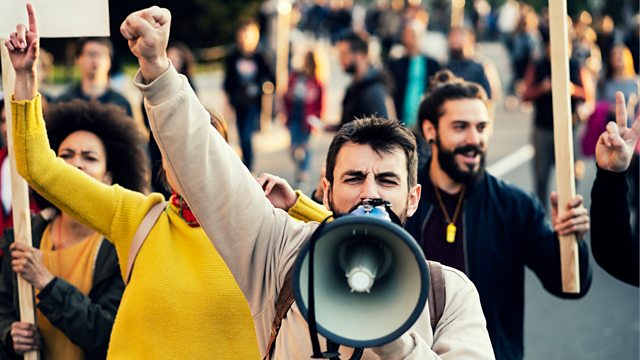 The Roots of 'Woke' Culture

“Wokeness” has become a shorthand for one side of the culture wars. But where did it come from? Journalist Helen Lewis uncovers the roots of woke.

Barack Obama condemned it. Black American activists championed it. Meghan Markle brought it to the Royal Family. “Wokeness” has become a shorthand for one side of the culture wars, popularising concepts like “white privilege” and “trigger warnings” - and the idea that “language is violence”.

Journalist Helen Lewis is on a mission to uncover the roots of this social phenomenon. On her way she meets three authors who in 2017 hoaxed a series of academic journals with fake papers on dog rape, fat bodybuilding and feminist astrology. They claimed to have exposed the jargon-loving, post-modern absurdity of politically correct university departments - whose theories drive “woke” online political movements.

But is there really a link between the contemporary language of social justice warriors and the continental philosophy of the 1960s and 70s? And are critics of wokeness just reactionaries, left uneasy by a changing world?

Identity Wars: lessons from the Dreyfus Affair and Brexit Britain