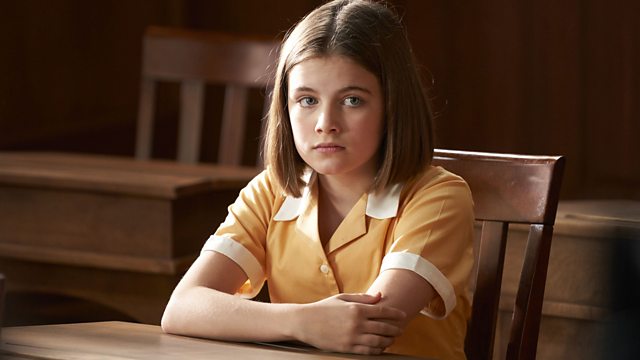 Winner of Rathbones Folio prize Valeria Luiselli; Disney+ launches in the UK; National Theatre of Scotland actors perform live from The Cheviot, the Stag and the Black, Black Oil.

Front Row has announced Valeria Luiselli the winner of the 2020 Rathbones Folio book prize for her novel Lost Children Archive and John Wilson speaks live to Valeria from her home in New York.

This Tuesday sees the UK launch of Disney+, the new television streaming service from the second largest media company in the world. As well as all their classic releases, the service will include access to the full Star Wars franchise, the Marvel and Pixar back catalogues and National Geographic programming. Adam Satariano, technology correspondent for The New York Times, and TV critic Julia Raeside discuss the impact Disney+ is likely to have on the UK's TV landscape.

Malory Towers is a new 13-part TV drama series set in post-war Britain based on the bestselling children’s novels by Enid Blyton. Set in a girl's boarding school and packed full of midnight feasts, lacrosse games and mysteries to be solved, the books have been a beloved staple for generations of schoolchildren. Julia Raeside reviews the new CBBC adaptation.

John McGrath's The Cheviot, the Stag and the Black, Black Oil is one of Scotland’s most iconic plays, exploring the exploitation of the country’s natural resources from the Highland Clearances of the 18th century to the North Sea Oil Boom. Due to be revived by the National Theatre of Scotland in association with Dundee Rep Theatre and Live Theatre, Newcastle, the run has been cancelled due to Covid-19 guidelines. Two members of the cast, Billy Mack and Jo Freer, join us live to perform a scene and a song from the production.

100 Novels That Shaped Our World

You may remember the BBC launched its 100 Novels that Shaped the World Season. Now as we’re all at home twiddling our thumbs, we’d like to hear from you about the books on the list – it’s as diverse as A Thousand Splendid Suns by Khaled Hosseini to Riders by Jilly Cooper.  We’d like to hear what you remember about these books – the BBC is running a survey here - and you can find the list of the 100 - and we’d love you to take part.

Scenes for Survival is a crisis responsive artistic online project launched by The National Theatre of Scotland in association with BBC Scotland and BBC Arts’ Culture in Quarantine project. An alternative theatrical online programme is being offered to isolated audiences across Scotland and beyond.

Malory Towers is now available on the BBC iPlayer.