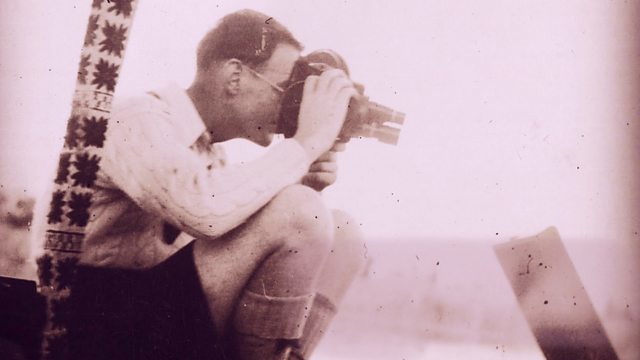 Wartime memories and experiences as seen through the cinematic eye of Harry Birrell. Narrated by Richard Madden.

In 1928 and at the age of eleven, Harry Birrell was given his first cine camera. ‘The greatest toy a child could ever receive,’ he would say. His obsession with making movies would span the rest of his life, despite the onset of blindness.

In love, war and other adventures, Harry recorded everything with a wonderfully cinematic eye on thousands of feet of high-quality 16mm film. From commanding a battalion of Gurkhas in the Indian army at the start of WWII to dangerous sorties deep behind enemy lines in Burma at its end, and from the ballroom dances of his youth in the 30s to teaching his children how to dance the twist in the 60s, Harry’s entertaining and errant adventures are filmed with the intimacy of home movies but on the scale of Lawrence of Arabia.

Today, his granddaughter Carina uncovers a lifetime of memories all spliced together in over 400 films, personal diaries (narrated by Richard Madden) and countless photographs that have previously lain unseen.