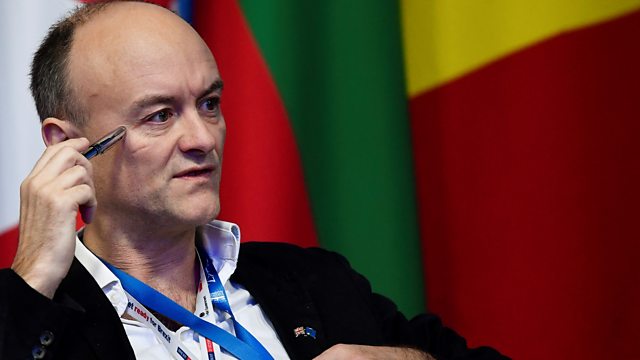 To some he is an evil genius, to others a master strategist. This film examines Dominic Cummings’s place in our politics over the last two decades, from Blair to Brexit and beyond.

For critics and supporters alike, Boris Johnson’s chief adviser - the man who is said to have masterminded Brexit - is an enigma.

Dominic Cummings is perhaps the most powerful unelected political figure in Britain today, but what does he actually believe? What has shaped his approach to politics and the media? And what can his rise to power tell us about how politics has changed?

In this programme, Emily Maitlis examines Dominic Cummings’s place in our changing political landscape, stretching back over two decades.

With testimonies from some of his fiercest critics and closest political friends, Emily Maitlis sheds light on a man whose ambitions may now direct Britain’s journey for years to come.

The film charts his arrival in Downing Street as a senior adviser with significant and perhaps unprecedented power. Now, at the apex of the largest Conservative majority since 1987, Cummings aims to play a key role in reshaping the nation, our economy and government.

See all clips from Taking Control: The Dominic Cummings Story (2)