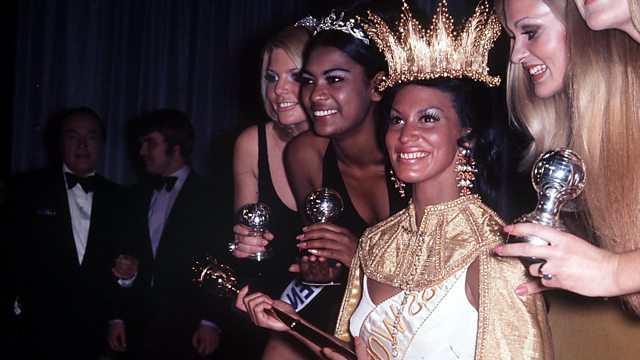 The story of the 1970 Miss World contest, when protestors dramatically disrupted the event, kickstarting a feminist revolution in front of an audience of millions.

This film tells the story of the infamous 1970 Miss World contest, when protestors dramatically disrupted the event, kickstarting a feminist revolution in front of an audience of millions.

Armed only with flour bombs, rotten fruit and water pistols, a small group of activists created a glorious night of mayhem. Smuggling themselves into the event, they brought the show to a sudden halt, shouting 'we’re not beautiful, we’re not ugly, we’re angry' and causing panic and confusion in front of the huge live TV audience.

It was one of the era’s defining acts of protest and an inspiration to generations of activists. But it was also a night of other surprises. At a time of growing anti-apartheid protest, the first ever black South African contestant took part, under the dubious title Miss Africa South, along with the official, white Miss South Africa. The event also made headlines when the winner was finally announced as Miss Grenada, the first black Miss World.

To coincide with the theatrical release of Misbehaviour, a major movie dramatisation of the story starring Keira Knightley, this documentary revisits the events of one extraordinary night when a beauty contest at the Albert Hall became the unlikely epicentre of the era’s dramatic political and social upheavals.

Directed by Hannah Berryman and using archive, animation and contributions from key players, this film offers an entertaining and thought-provoking celebration of a night of game-changing anarchy.

The film follows the protestors back to the Royal Albert Hall, water pistols in hand, as they recall the surprise and impact of their protests. It also features official Miss World chaperones, responsible, among other things, for keeping the beauty queens under a strict regime, keeping them away from London nightlife and tabloid reporters.

And the programme meets many of the beauty queens themselves, including the winner Jennifer Hosten, still proud of her participation and what it offered her.

See all clips from Miss World 1970: Beauty Queens and Bedlam (3)