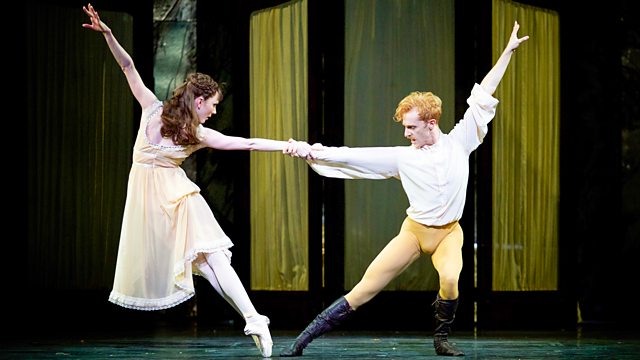 Darcey Bussell and Ore Oduba introduce Kenneth MacMillan’s Mayerling from the Royal Ballet. Based on the true story of the death of Crown Prince Rudolf and his young mistress Mary Vetsera in 1889, Steven McRae and Sarah Lamb take on these challenging roles in a dark and intense ballet.

Crown Prince Rudolf of Austria-Hungary is emotionally unstable and haunted by his obsession with death. He is forced to marry Princess Stephanie. Soon afterwards, his former lover, Marie Larisch, introduces him to a new mistress, Mary Vetsera, a young woman who shares his morbid fascination.

At his hunting lodge in the village of Mayerling, Rudolf and Mary form a suicide pact. They make love before Rudolf first shoots Mary and then himself. The royal family desperately covers up the tragedy.

Since its premiere in 1978, Mayerling has been one of the most technically and emotionally demanding roles for male dancers, with choreography that pushes the boundaries of classical ballet.