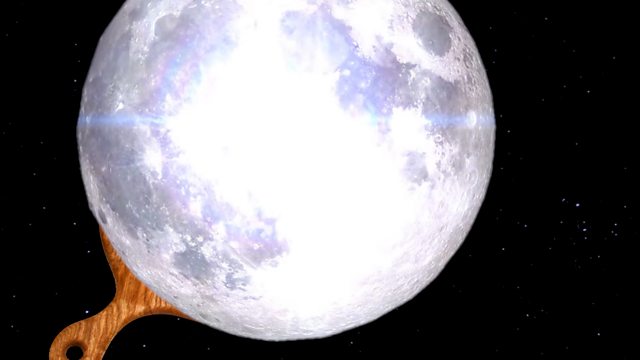 An ear floats off to the galaxies, listening in on a vanishing Earth. An audio-collage written and composed by Heather Phillipson.

An ear floats off to the galaxies, listening in on Earth from a cosmic vantage. An audio-collage written and composed by Heather Phillipson, summoning the listener into a deranged sonic landscape, addressing the Earth as an eruption, on the verge of termination.

Mixing bucolic lyric poem, music-sampling, the cut-up, weather forecasts, psychedelic literature and astronomic travelogue with the tone of a pre-recorded message from the beyond, Heather Phillipson’s feature proposes the ear as an airborne dustbin. Beginning with a toenail and grass blades, then incrementally zooming out to the heavens, her composition probes the relative significance of life-forms and ideas in a quest for strangeness. Throughout, pop references set the agenda, tethering everything to earthly culture, while words and sounds take flight, suggesting listening as a way of becoming alien. Almost Gone is its own kind of space-time travel, sounding out other dimensions, tuning in to climactic vertigo. Listen in the dark.

Heather Phillipson is a British artist who works across video, sculpture, web projects, music, drawing and poetry. THE END, her sculpture for the Fourth Plinth, Trafalgar Square, is unveiled on March 26th 2020. She has also been commissioned for the next Duveen Galleries commission at Tate Britain, launching in June 2020.

My Mother and Me