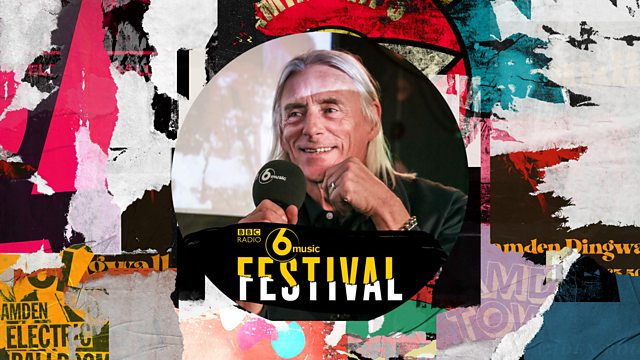 We're live from Camden's Fest as Paul Weller joins Lauren Laverne in conversation to kick off the 6 Music Festival By Day.

We're live from Camden's Fest venue as the legendary Paul Weller joins Lauren Laverne to kick off the 6 Music Festival By Day.

6 Music Festival will be broadcast on 6 Music and BBC Sounds across the weekend, with performances from Roundhouse, Dingwalls and the Electric Ballroom available to watch on the BBC iPlayer and at bbc.co.uk/6music, with catch up for 30 days afterwards