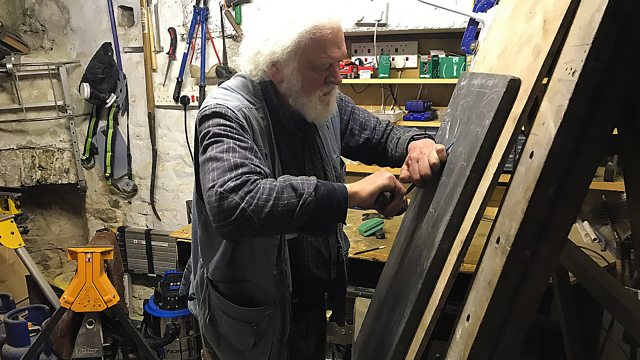 Ieuan Rees is a 79 year old Welsh calligraphy slate carver. Ieuan grew up in Tumble where his father was a coal miner at the Ammanford colliery. His slate carving studio is in the old mining building where his father and other miners used to get ready to go down the mine and wash when they returned. Despite the fact Ieuan's work is in most cathedrals around the UK his father was most proud of the fact that he worked in the old mining building. Ieuan has been working at his craft all his life and continues to design and carve headstones in Welsh slate for people around the world.