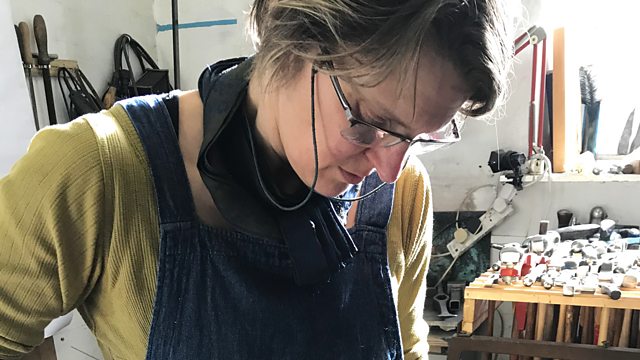 Silversmith Rauni Higson works out of an old chapel in Snowdonia, North Wales. From her old chapel window, which streams light onto her traditional silversmith work bench, she can on a good day, see the top of Snowdon. Her work is very much inspired by the landscape around her. Rauni is currently making a processional cross and candlesticks for Liverpool’s Catholic Cathedral. Rauni has been working on this commission for two years. It is a painstaking process, but the end result will be a beautiful object that could potentially last forever.