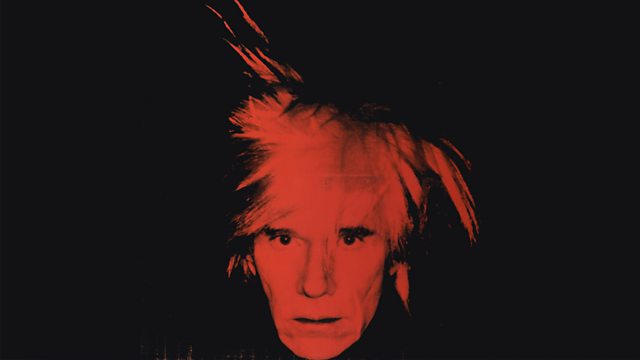 Greg Jenner presents the BBC Sounds podcast You're Dead to Me and has just published a book called Dead Famous: An Unexpected history of celebrity from Bronze Age to Silver Screen.
Cecil Beaton's Bright Young Things runs at the National Portrait Gallery from March 12th to June 7th.
Andy Warhol runs at Tate Modern from March 12th to September 6th.
Caroline Frost is a writer, broadcaster and entertainment journalist.
Lisa Mullen is a New Generation Thinker on the scheme run by the BBC and AHRC to put academic research on the radio. She's the author of a book called Mid-century Gothic: The Uncanny Objects of Modernity in British Literature and Culture After the Second World War.

You might be interested in our collection of programmes The Way We Live Now on the Free Thinking website and available to download as BBC Arts & Ideas podcasts including discussions about narcissism, the emotions of now, advertising and how they manipulate our emotions and icons
https://www.bbc.co.uk/programmes/p072637b?page=1