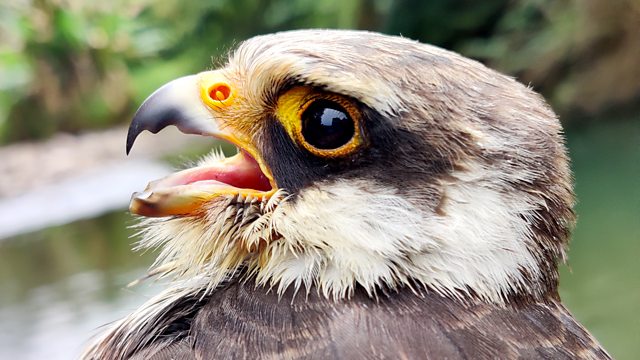 Fate of the Falcons

The Naga people of India and Myanmar have turned from headhunters to conservationists. Antonia Bolingbroke-Kent reports on the revival of wildlife in these jungle borderlands.

The Naga people of north-east India and Myanmar have long been famed for their hunting prowess. In the days of traps and catapults a balance was maintained but the influx of high calibre guns and the arrival of the Chinese Medicine Trade have wiped out much of the jungle wildlife. Tigers and Asian Black Bear are now very rare sights and even deer are increasingly hard to find.

Travel writer, Antonia Bolingbroke-Kent visits Nagaland to meet the local tribal people who have decided that enough is enough. They've banned hunting around their villages and created their own wildlife refuges. Already the signs are positive, with the revival of the Amur Falcon which was once hunted by the thousand and now nests peacefully in enormous flocks in the forest canopy.