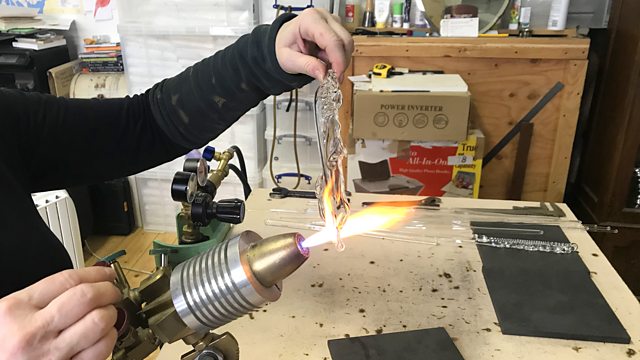 Carrie Fertig is a glass flame worker who works in a big airy studio in an old lemonade factory in Leith, Edinburgh. Carrie is known for making huge flame glass structures and glass musical instruments that can be played. In all of her work she hopes to make people think and feel. She says the transparency of glass means we can always see what it holds and she uses her work to help people explore what emotions they are holding onto.