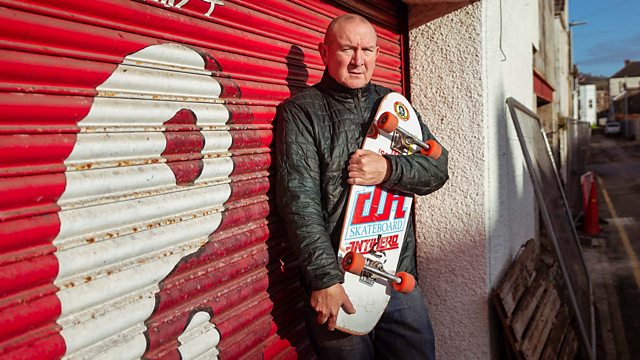 In 2017, Swansea-born photographer Skin Phillips was known throughout the world of international skateboarding as a living legend. Skintown tells his story - the good and the bad.

In 2017, Paul 'Skin' Phillips was known throughout the world of international skateboarding as a living legend. The Swansea-born photographer had taken on the beast that was the American skate industry and won it over on his own terms. He had held the top spot at Transworld Skateboarding magazine for over a decade and was now team manager for the newly formed Adidas Global Skate Team.

Skin’s pictures adorned the cover of multiple Transworld editorials, his photography consistently breaking new boundaries. Life was good in sunny San Diego, California - not bad for a working-class kid from Swansea, a million miles from his hometown roots as a local surf photographer. Then came the crash!

Skintown is a warts-and-all look at the life and times of a skateboard photographer, from his early life in Swansea to the high times on Wall Street.

See all episodes from New Voices from Wales