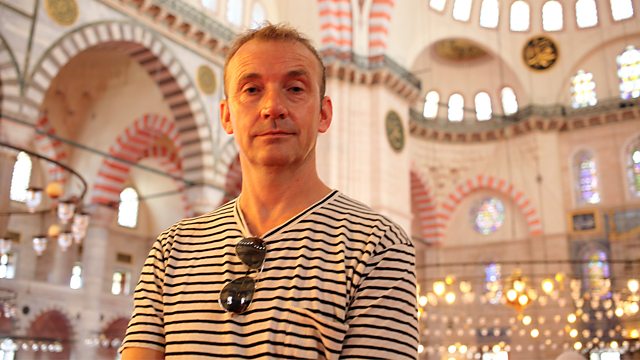 The East Speaks Back

We are used to getting a worldview from the west, but what did the east make of us? Jerry Brotton heads to Istanbul on the trail of one the world's great travellers, Evliya Celebi

We are used to getting a world view from the west, but what did the east make of us? Jerry Brotton heads to Turkey on the trail of one the world's great travellers, Ottoman writer Evliya Celebi. In the 17th century, Celebi described the places he visited and the people he encountered in what has been called 'the world's first travel book'. It gives us a fascinating insight into how the Ottomans viewed western civilisation.

Talking to modern day Turkish and Bulgarian writers and historians, Jerry pieces together a story of cultural interchange and mutual fascination, along with a few tall tales along the way. Tracing Celebi's journey across Europe involves something of a logistical nightmare for Jerry as he makes his way from Istanbul through the Balkans to Vienna, the city the Ottomans saw as 'the golden apple'.

In search of Arabic classical music