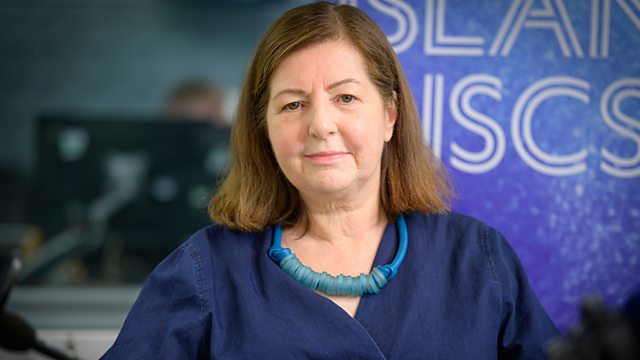 Dorothy Byrne, head of News and Current Affairs at Channel 4, shares the eight tracks, book and luxury she would take with her if cast away to a desert island. With Lauren Laverne.

Dorothy Byrne is the head of News and Current Affairs at Channel 4, and has worked in journalism for more than four decades.

In 2018 she received the Outstanding Contribution Award at Royal Television Society Journalism Awards, and her recent commissions include the Channel 4 News investigation into Cambridge Analytica, the Michael Jackson expose Leaving Neverland and the BAFTA-winning documentary For Sama, about one family’s life under siege in Aleppo, which also won an Oscar nomination.

She began her career in journalism in her mid 20s on the Waltham Forest Guardian, after writing a cheeky letter to 50 local newspaper editors - just one responded. She later moved into television, joining the acclaimed World in Action team at Granada, where she argued that the programme's agenda was male-dominated and needed to change.

Dorothy gave the MacTaggart Lecture at the 2019 Edinburgh International Television Festival, in which she argued that the scrutiny of politicians through broadcast interviews is important for the health of democracy. She also described herself as 'just about the oldest female TV executive working for a broadcaster'.

BOOK CHOICE: Physics text books
LUXURY ITEM: The back catalogue of In Our Time / the voice of Melvyn Bragg
CASTAWAY'S FAVOURITE: I Know That My Redeemer Liveth, composed by George Frideric Handel, conducted by Sir Adrian Boult and performed by Dame Joan Sutherland and London Symphony Orchestra