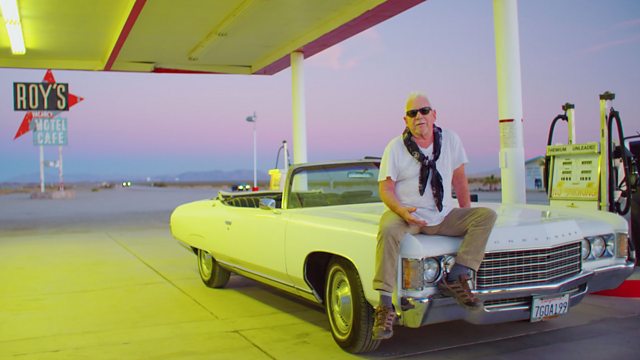 A retrospective of the life and career of Eric Burdon, the lead singer of The Animals, whose interpretation of House of the Rising Sun inspired Bob Dylan to go electric.

Born in 1941, Eric Burdon was – along with his band The Animals – one of the most important standard bearers of the British Invasion of America, right after The Beatles and ahead of The Rolling Stones, The Who and The Kinks. Their 1964 interpretation of House of the Rising Sun was a global hit and inspired Bob Dylan (who recorded an acoustic version on his first album) to go electric and hit the stage from then on backed by a rock band.

Eric Burdon is a street kid from Newcastle upon Tyne. He burnt the midnight oil in the nightclubs on the docks. Had music not intervened, he might well have slipped into a career as a petty criminal, the kind of English gangster so aptly parodied by Guy Ritchie in films like Lock, Stock and Two Smoking Barrels and Snatch. But Burdon’s voice was his ticket to escape that bleak industrial destiny, and his We Gotta Get out of This Place went on to inspire Springsteen’s Born to Run.

Burdon was always an incurable hothead, prone to rages and no stranger to breaking contracts, a situation that would make him a lifelong underdog and impede his path to world stardom. By the end of the 70s he was so broke that he was living in a car on Sunset Strip.

Burdon regularly changed both his band and musical style. Alongside his passion for original American blues, he got together in the late 60s with black LA band War – itself a political statement in the Black Panther era – and, inspired by Charlie Parker, John Coltrane and Rahsaan Roland Kirk, expanded his musical spectrum with jazz and funk. Burdon was involved in discovering Jimi Hendrix in Greenwich Village and they remained friends right up to the literal end (the pair spent the night before Jimi’s death together).

Eric Burdon’s creative output has made an important and profoundly authentic contribution to popular culture. Together with Paul McCartney, Bob Dylan and The Rolling Stones, he counts as one of that legendary generation’s last men standing. This film will convey the zeitgeist of the 60s and 70s, while revealing Eric Burdon’s personal vision and moving us all with his retrospective ruminations on triumph and failure.