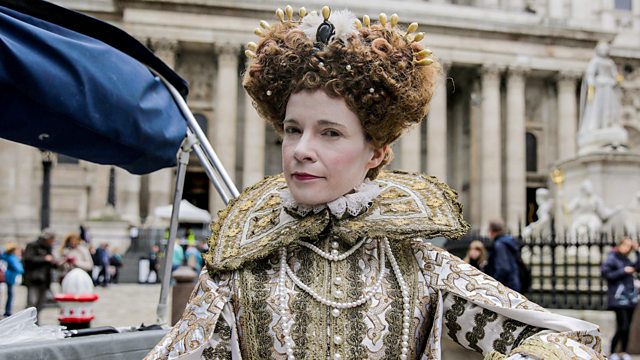 Documentary series. Lucy Worsley discovers how the history of the Spanish Armada has been manipulated and mythologised for generations.

Lucy Worsley discovers how the history of the Spanish Armada has been manipulated and mythologised by politicians and artists for generations.

This is an inspiring tale of an underdog English navy defeating an ‘invincible’ Spanish fleet, the moment that set England on the path to imperial glory. Tales of Sir Francis Drake calmly finishing his game of bowls and Elizabeth I rousing her troops at Tilbury with the ‘heart and stomach of a king’ have become iconic. This, however, is a story full of fibs.

Lucy explores how Elizabethan propaganda spun this as a victory for the Protestant Virgin Queen. She then finds out how the Victorians celebrated it as the start of the British Empire, the point in time when Britain truly began to rule the waves.

Right up to the present day, the defeat of the Spanish Armada has been told and retold to show Britain as an island nation destined for greatness. But what if the story of that victory is built on sand?

Queen Anne and the Union—Series 1