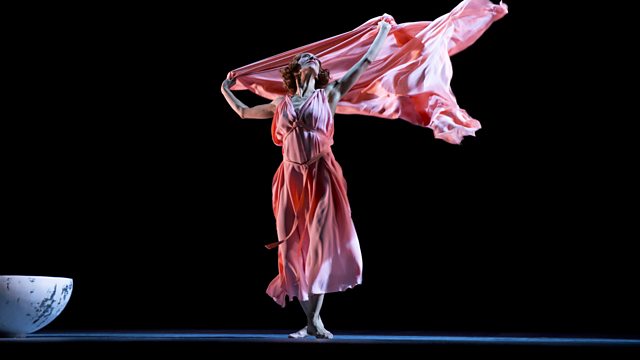 Viviana Durante on Isadora Duncan, whose radical barefoot dancing enthralled audiences in the 1900s, and we speak to a crew filming amidst the coronavirus outbreak in Italy.

Ballerina Viviana Durante discusses her evening of dance celebrating Isadora Duncan, whose radical barefoot dancing shocked and enthralled European audiences in the early 1900s, before she was killed in a freak accident when her scarf got caught in the wheels of a car.

Life is beginning to imitate art for a British film crew in northern Italy. Director Nicholas Hulbert discusses the challenges they’re facing from the coronavirus outbreak as they film The Decameron, the 14th century Italian collection of novellas about a small group of young people sheltering in a secluded villa to escape the Black Death.

Deborah Annetts, Chief Executive of the Incorporated Society of Musicians, on the impact of the recently announced proposed changes to the immigration system to musicians and others working in the creative industries.

Booker shortlisted author Jeet Thayil discusses his new novel Low, which follows one man’s weekend of self-destructive grief in Mumbai. It's a black comedy, a tender portrayal of depression and drug addiction, a love letter to Mumbai and a biting satire of contemporary Indian society.

The Viviana Durante Company performs Isadora Now, a triple bill in tribute to Isadora Duncan at the Barbican, London until 29 February 2020.

Image to the left: Viviana Durante Company, Isadora Now, Dance of the Furies.

Low by Jeet Thayil is out in paperback now.

Image: a map of Europe.