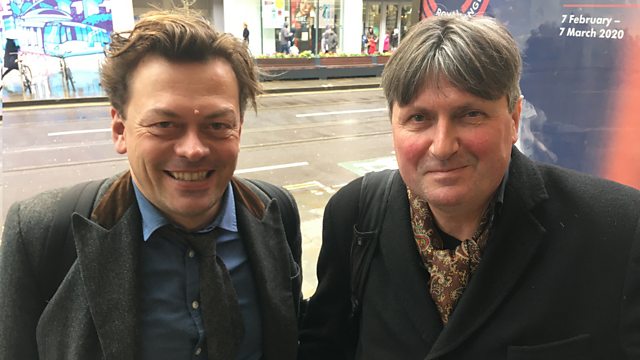 Playwright Simon Stephens, whose work includes the acclaimed stage adaptation of The Curious Incident of the Dog in the Night-Time, meets Simon Armitage, the poet laureate.

Simon Stephens has created more than 30 works for the theatre. They include original dramas, such as Punk Rock, set in the library of a Stockport school, new versions of plays by Chekhov and Ibsen, and the highly successful stage adaptation of The Curious Incident of the Dog in the Night-Time, which won the Olivier Award for the best new play, and the Tony Award for the best play on Broadway.

Simon Armitage is the current national Poet Laureate, a role he began in May 2019. He published his first full-length collection of poems, Zoom!, in 1989. Since then has published more than a dozen volumes of poetry, along with fiction, an acclaimed translation of Sir Gawain and the Green Knight, works for theatre, film, television and radio, and a book about of his love of pop music, and his band The Scaremongers.