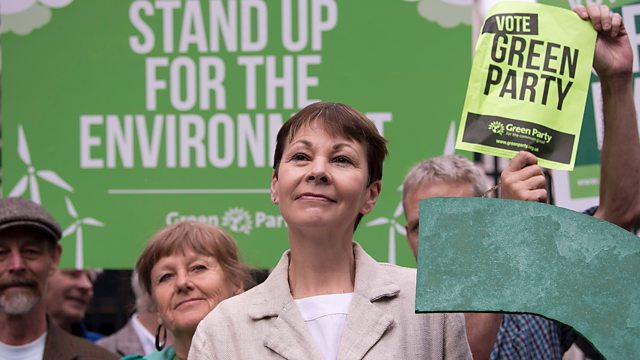 It's Not Easy Being Green

If the future of politics includes tackling climate change, why isn't the future brighter for the Greens? Professor Rosie Campbell goes in search of the Green vote.

If the future of politics must include tackling climate change, it holds that the future should be bright for the Greens. In parts of Europe, their influence is growing. In Germany the Green Party is enjoying unprecedented support. But in the UK there’s only ever been one Green MP and the party won just 2.7 per cent of the vote in last year's election. In this edition of Analysis, Rosie Campbell, Professor of Politics and Director of the Global Institute for Women’s Leadership at Kings College London, goes in search of the Green vote. Who are they? If the Parliamentary path is blocked due to the voting system, how do they make an impact? And can they persuade more people not only to vote Green but also to become “Greener”?