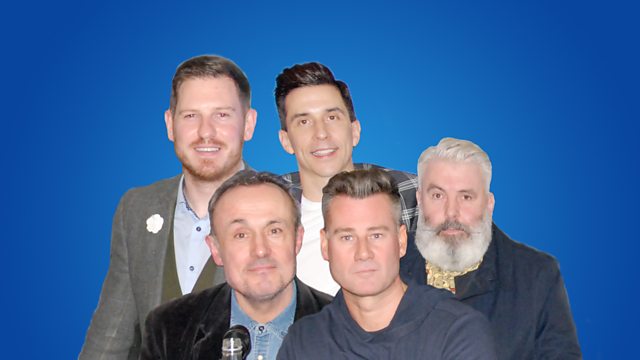 A frank and funny conversation between five dads about what it's like to be a father in modern Britain. Presented by Tim Vincent, with Russell Kane, Sean Hegarty and Mick Ferry.

Former Blue Peter presenter Tim Vincent hosts a new late-night frank and funny conversation programme with several fathers discussing what it's like to be a dad in 21st century Britain.

In this pilot episode, comedians Russell Kane, Sean Hegarty and Mick Ferry, as well as voiceover artist and actor Jonathan Kydd, join Tim to talk about everything from sleep (or lack thereof), pregnancy and toilet training, to dealing with children in restaurants, being the only dad at playgroup and whether there's anything that dads do better than mums.