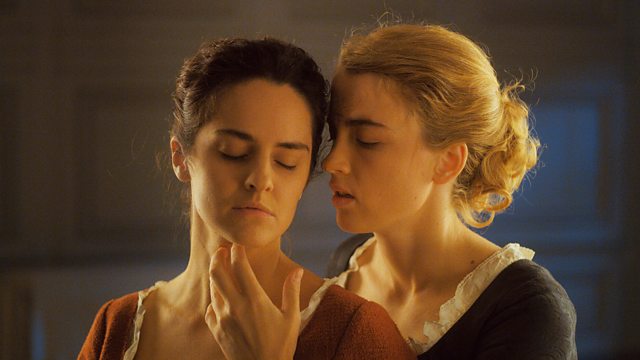 Director Céline Sciamma on her new film Portrait of a Lady on Fire; conductor and composer André J. Thomas; what happens when two artworks have the same title?

French director Céline Sciamma on her BAFTA and Golden Globe nominated film Portrait of a Lady on Fire, about an 18th Century artist who falls in love with the woman she is painting. Critics have hailed it as a manifesto for the female gaze.

André J. Thomas, composer and conductor of gospel music and spirituals, discusses the African-American musical tradition and his forthcoming event, Symphonic Gospel Spirit with the London Symphony Orchestra at the Barbican in London this weekend.

In a year which has seen two novels published called Queenie, joining the swelling ranks of books that have the same titles from Possession to Joyland, from Life After Life to Twilight – writer and international trade lawyer Petina Gappah joins art critic Richard Cork to discuss what’s in a name across the arts.

Main image above: Noémie Merlant (Left) as Marianne and Adèle Haenel as Héloïse in Portrait of a Lady on Fire.
Image credit: Lilies Films

Portrait of a Lady on Fire, written and directed by Céline Sciamma, is in UK cinemas from 28 February 2020, certificate 15.

Main image above: (Left) Noémie Merlant as Marianne and Adèle Haenel as Héloïse in Portrait of a Lady on Fire.

Image to the left: Céline Sciamma (Right) with Samira Ahmed

André J Thomas conducts the London Symphony Orchestra, the London Adventist Chorale, and soloists NaGuanda Nobles and Jason Dungee in Symphonic Gospel Spirit, a symphonic concert that includes the UK premiere of his work Gospel Mass – A Celebration of Love and Joy at the Barbican, London on 01 March 2020.