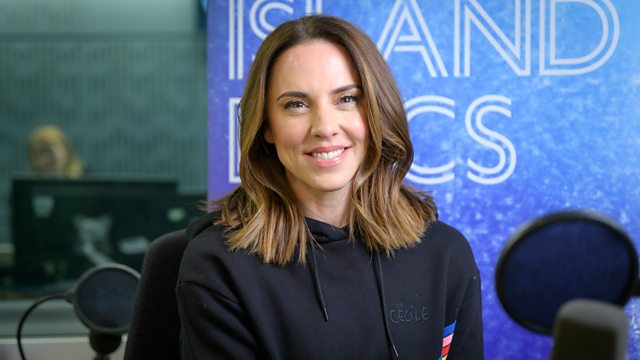 Melanie C, singer, songwriter and Spice Girl, shares the eight tracks, book and luxury item she would take if cast away to a desert island. With Lauren Laverne.

Melanie Chisholm - known as Melanie C - is a singer and songwriter who found global fame as one fifth of the Spice Girls, the most commercially successful female group ever.

Melanie was one of 400 other hopefuls who answered an advertisement to form a new girl band in 1994 - little knowing how her life would be turned upside down by fame and worldwide success. She was given the nickname Sporty Spice and presented what she calls a "gobby' persona to the outside world, but inside she was a shy girl who preferred to stay in the background.

She grew up in Merseyside and as a child she loved performing. At 16 she attended the Doreen Bird College of Arts, aiming for a career in musical theatre. By her early 20s, she was an international star: Spice world was a high-octane life of constant recording and touring and the accompanying press scrutiny contributed to a stressful environment. As the pressure intensified Melanie suffered from eating disorders and in 2000 she was diagnosed with depression. Her recovery was long and painful but she says finally getting a diagnosis enabled her to begin the process of getting better.

When the Spice Girls went their separate ways for a while Melanie began a career as a successful solo artist. In 2009 she played Mrs Johnstone in the West End production of Willy Russell's musical Blood Brothers, earning five star reviews and standing ovations. Recently she has been back on stage with the Spice Girls on their stadium tour.

DISC ONE: I Wish by Stevie Wonder
DISC TWO: The Chain by Fleetwood Mac
DISC THREE: Prince Charming by Adam and the Ants
DISC FOUR: Into the Groove by Madonna
DISC FIVE: Girls and Boys by Blur
DISC SIX: Everything I Wanted by Billie Eilish
DISC SEVEN: Heaven on Their Minds by Tim Minchin
DISC EIGHT: You'll Never Walk Alone by Gerry & The Pacemakers