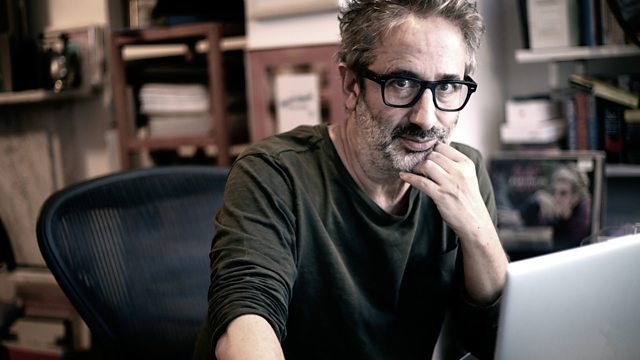 In a timely and important film, David Baddiel explores the multi-faceted nature of Holocaust denial in an attempt to understand what motivates this dangerous phenomenon and why it is on the rise.

The Holocaust is one of the most documented, witnessed and written about events in history, yet one in six people worldwide either think the Holocaust has been exaggerated or deny that it took place. What has happened in the 75 years since the liberation of the camps to have so skewed the picture? And, if it matters, why does it matter?

In this timely and important film, David Baddiel explores the multi-faceted nature of Holocaust denial - in both historical and contemporary terms, in an attempt to understand what motivates this dangerous phenomenon and why it is on the rise, both in Britain and across the globe.

David begin his journey at Chelmno, the site of a huge extermination camp in Nazi-occupied Poland where 200,000 Jews were murdered. He learns of the extraordinary lengths German forces employed to conceal what they were doing – building huge crematoria to burn bodies, using ‘bone mills’ to grind down skeletons and scattering the resulting human ashes in surrounding woodland. For David, this is the starting point of Holocaust denial – where the Nazis themselves were attempting to deny their actions.

But the Germans were not alone in concealing the truth of the Holocaust. In the national archives in Kew, David uncovers an extraordinary memo issued by the Ministry of Information’s propaganda department, discussing how the atrocities of death camps should be reported to the public. The memo recommends reports focus on the camps' ‘innocent victims’, not criminals, and ‘not Jews’. This idea that the suffering of the Jewish people should somehow be played down was still dominant when the camps were liberated - many newsreels barely mention that the majority of victims had been Jewish. For David, anti-Semitism is fundamentally at the root of all Holocaust denial.

David discovers how, as the true scale of the Holocaust emerges in the postwar years, the numbers of people attempting to deny or to downplay its scale increases. There is a direct correlation between a higher profile of the Holocaust and rates of denial, something reflected in David’s own experience. As soon as this programme is announced by the BBC, David's Twitter feed fills with posts trying to deny the truth of the Holocaust. It begs the question whether David, by making the film, is himself fanning the flames of denial? And if so, should he be doing it?

To reassure himself, David meets Deborah Lipstadt, taken to court for libel by historian David Irving after she named him as a Holocaust denier. The court case attracted huge attention and brought knowledge of Holocaust denial into the mainstream, yet Deborah still believes the case was vitally important. They discuss the more recent emergence of ‘softer’ forms of holocaust denial – less about the nuts and bolts of the death camps and more about a desire to downplay events and their complicity in them.

To try and understand the motivations for ‘soft’ forms of denial, David travels to Lithuania to explore how a rise in nationalism across Europe has fuelled attempts by some governments to airbrush their history, downplaying their collaboration with the Nazis during the Holocaust. He also meets Professor Gilbert Achar from SOAS to discuss why denial is so prevalent in the Middle East. Both encounters raise a level of uncertainty - the reasons different people deny the Holocaust are not always straightforward and to some extent understandable. But as David argues, that doesn’t make denial itself okay.

David turns to the most recent iteration of this phenomena – the often hate-fuelled world of online denial. In a powerful meeting with Facebook director of public policy Richard Allen, David berates the platform for allowing posts promoting denial to be shared on their site, arguing their anti-Semitic nature is hate speech and should be taken down.

Curious to see what sort of person is behind these posts, David meets Dermot Mulqueen, one of the deniers who contacted him after the programme was announced. In a bizarre encounter, Dermot trots out the conspiracy theories characteristic of online deniers – from ‘Auschwitz had a swimming pool’ to ‘Jews control the BBC’. Further probing reveals that, for Dermot, Holocaust denial and other conspiracy theories like it help him make sense of the world – but that doesn’t make it right.

Finally, David goes to meet Rachel Levy, one of the few remaining survivors of the Holocaust. It is an emotional encounter – the horror of what she witnessed and experienced beggars belief. This issue is key for David - the Holocaust is unbelievable – the idea that one group of people could inflict industrial-scale slaughter upon another, in their millions, feels like it can’t be true. And yet it is. As the Holocaust slips from living memory, the need to remember, to create a memorial to that horror, becomes more important than ever - so it may never happen again.

See all clips from Confronting Holocaust Denial with David Baddiel (4)