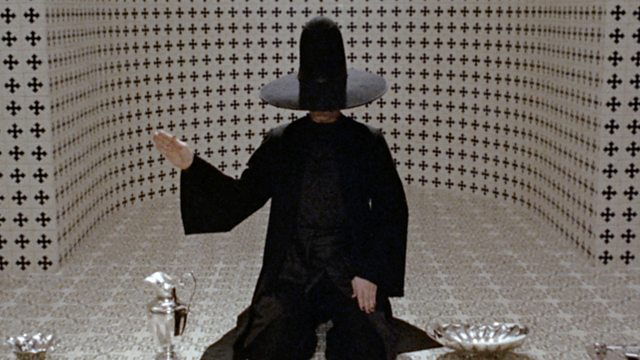 The Surreal World of Alejandro Jodorowsky

Matthew Sweet talks to the Chilean-French director and gets a take on his occult, drug-filled and violently psychedelic world from critics Larushka Ivan-Zadeh and Adam Scovell.
Jodorowksy's 1973 surrealist fantasy film The Holy Mountain certificate 18 (the rating specifies that it contains strong bloody violence) has been re-released in cinemas in a 4K restoration and is being screened around the UK including events coming up at Tyneside Cinema, the ICA in London. The Alejandro Jodorowsky Collection is released on blu-ray 30th March 2020.

Adam Scovell is the author of books including How Pale the Winter Has Made Us, Mothlight and Folk Horror. He writes for Sight and Sound.
Larushka Ivan-Zadeh is Chief Film Critic for the Metro newspaper.