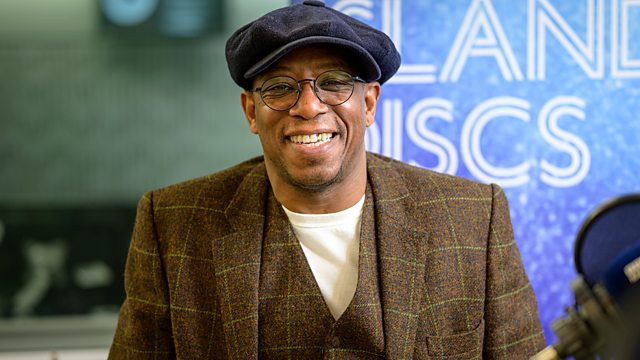 Ian Wright, former Arsenal and England footballer, chooses the eight tracks, book and luxury he would take with him to a desert island. With Lauren Laverne.

Ian Wright is a former professional footballer and now a football pundit on TV and radio. He began his career at Crystal Palace before moving to Arsenal where he became their highest goal scorer of all time, a record only surpassed eight years later by Thierry Henry.

Born to a Jamaican couple in south-east London, Ian grew up with his mother and step-father. His biological father had left the family when Ian was under two years old. Things at home were difficult and Ian spent as much time as possible outside playing football.

At his primary school a teacher, Mr Pigden, took him under his wing and Ian would later credit him with changing his life. He left his secondary school at the age of 14 to get a job. Although he took part in trials for many professional football clubs as a teenager, he was never selected. He continued to play for amateur sides. By the age of 21, he had three children to provide for, so when Crystal Palace came calling in 1985, he turned them down three times before accepting a two-week trial, followed by a three-month contract. His football career had finally begun.

After impressing as a forward at Palace, he was bought by Arsenal for a record fee in 1991. He was called up to the England squad the same year and would go on to collect 33 caps. He spent his last couple of years in professional football at a number of clubs around the country and in total, he played 581 league games, scoring 387 goals for seven clubs in England and Scotland. Since his retirement from football in 2000, he has had a career as a pundit on both TV and radio.

He has eight children and has been happily married to his second wife, Nancy, since 2011.

BOOK CHOICE: The Curious Incident of the Dog in the Nighttime by Mark Haddon
LUXURY ITEM: A seven iron golf club and golf balls
CASTAWAY'S FAVOURITE: Endlessly by Randy Crawford