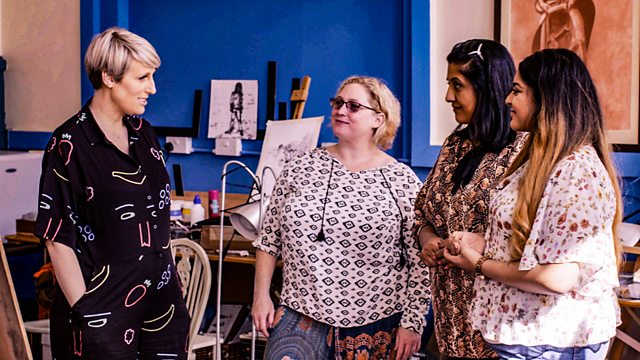 Hugh Fearnley-Whittingstall and Steph McGovern help the Humberside Police to combat their sedentary behaviour, and they also meet a family struggling with body confidence and test the power of CBD.

Hugh Fearnley-Whittingstall and Steph McGovern tackle something that has been described as a 'global epidemic' and 'as dangerous as smoking' - sedentary behaviour. Over 15 million of us spend half our days at a desk, in our cars or on the sofa. It might seem harmless, but over six hours of prolonged sitting increases the risk of obesity, heart disease, type 2 diabetes and certain types of cancer.

This week’s 'laboratory' is the Humberside Police. Hugh and Steph challenge both the 999 control room and managerial staff to bring more movement into their daily routines, which up until now consist of long shifts sat at their desks.

But if they are cajoling others to live well, then Hugh and Steph feel it’s only fair that they walk the walk themselves. With Steph in a very demanding job, she readily admits she struggles to turn off. Dr Zoe prescribes weekly sessions of forest bathing, which recent scientific studies have proved can cut cortisol levels by up to 15 per cent.

While Hugh is an enthusiastic jogger, like many over the age of 45 he has noticed he is losing his muscle strength. Dr Zoe recommends he tries some simple training exercises to help build up his below-average muscles.

In our image-obsessed world, Steph then meets one family struggling with body image. Mum Sunita may have lost several stone in weight recently, but it hasn’t stopped her from feeling intensely self-conscious, and now she is worried that her daughter Simran might follow in her footsteps. Steph suggests they try life drawing – a recent scientific study found that painting people in the nude can increase self-confidence by 25 per cent. Meanwhile, Hugh wants to test one of the most popular health crazes to hit the market – CBD – on three volunteers suffering from insomnia.

After trialling easy ways to live well, Hugh and Steph find out which ones not only work but feel possible to incorporate into our everyday routines.

See all episodes from Easy Ways to Live Well

Eight simple things you can do to live better 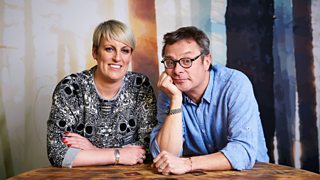 Want to change your habits? Here are Steph and Hugh's top health hacks.