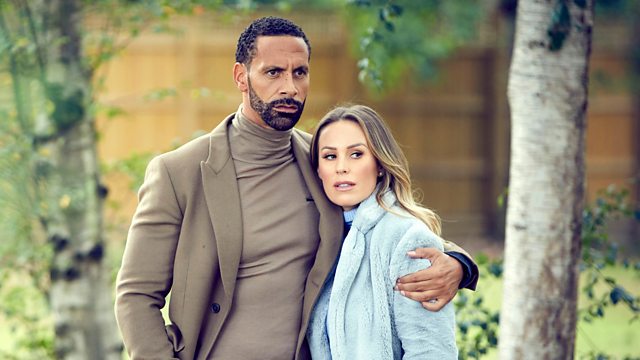 Rio and Kate: Becoming a Stepfamily

This intimate documentary follows the Ferdinands as Rio’s fiancée Kate Wright integrates into the family and becomes a step mum to his three children.

This intimate and powerful documentary follows the Ferdinand family as Rio’s fiancée Kate Wright integrates into the family and becomes a stepmum to Rio’s three children, Lorenz, Tate and Tia. This is the next stage in the family’s journey following the Bafta- award winning and critically acclaimed 2017 documentary, ‘Rio Ferdinand: Being Mum and Dad’.

Two years after Rebecca’s passing, Rio also lost his mum, Janet, to cancer. So in the months leading up to their wedding, this deeply personal film will look at the emotionally complicated dilemmas this newly formed family unit face following the family’s double bereavement.

For 27 year old Kate, taking on not only the role as Rio’s new partner, but also of ‘mum’ to three grieving children, and with the memory of Rebecca and Janet still very much present, a unique set of emotionally complicated challenges emerge.

In search of answers, Kate and Rio meet other step-parents willing to share their experiences at one of the support groups on offer, Happy Steps, led by Professor Lisa Doodson, a chartered psychologist specialising in stepfamily dynamics.

As Rio and Kate open up about their own experiences, they learn they’re not alone and that stepfamilies often have to overcome challenges when developing their new family units which can affect their mental wellbeing, with increased stress and anxiety, particularly for stepmums.

But whilst Rio and Kate start to explore some of their own questions around step-parenting, they still aren’t sure how the three children are coping with the loss of both grandmother Janet and their mum Rebecca.

On visiting a specialist child bereavement charity, Rio and Kate hear from other children who have lost a parent and now have a new step-parent in their lives. Listening to the powerful advice from these young people, Rio realises that he’s working too hard, and that Kate probably spends more time with the kids than he does.

Armed with new knowledge from these support groups, Kate and Rio make positive changes to their lives, before taking Tate, Tia and Lorenz to Child Bereavement UK so they can also benefit from hearing from other young people who have lost a parent.

See all clips from Rio and Kate: Becoming a Stepfamily (5)