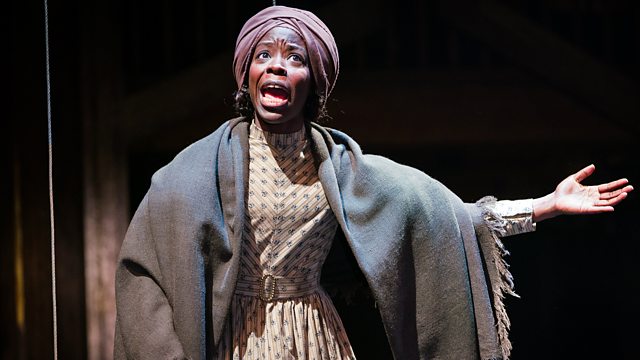 The shadow of slavery

From sugar and spice to reparations and memorials: Slavery and how we acknowledge it is debated by Dr Katie Donington, Dr Christienna Fryar, Rosanna Amaka and Juliet Gilkes Romero.

From sugar and spice, to reparations and memorials: slavery and how we acknowledge it is debated by Eleanor Rosamund Barraclough and her panel of writers and academics: Dr Katie Donington, Dr Christienna Fryar, author Rosanna Amaka, and playwright and journalist Juliet Gilkes Romero.

Dr Katie Donington teaches history at London South Bank University. Her research focuses on the cultural, commercial, political, and familial worlds of slave owners in Jamaica and Britain. She was an historical advisor for the BAFTA award-winning BBC2 documentary, Britain’s Forgotten Slave Owners (2015), and was co-curator of Slavery, Culture and Collecting at the Museum of London Docklands.

Dr Christienna Fryar is leading a new MA in Black British History at Goldsmiths, University of London, following her role as Lecturer in the History of Slavery and Unfree Labour at the University of Liverpool.

Rosanna Amaka's novel is called The Book of Echoes, and is published by Doubleday.

The Whip by Juliet Gilkes Romero runs at the RSC Swan Theatre in Stratford-upon-Avon until 21 March 2020.

You can find the Legacies of British Slave Ownership database here https://www.ucl.ac.uk/lbs/

Steve McQueen runs at Tate Modern until 11 May 2020.
The Water Dancer by Ta-Nehisi Coates is out now

How we talk about sex and women's bodies